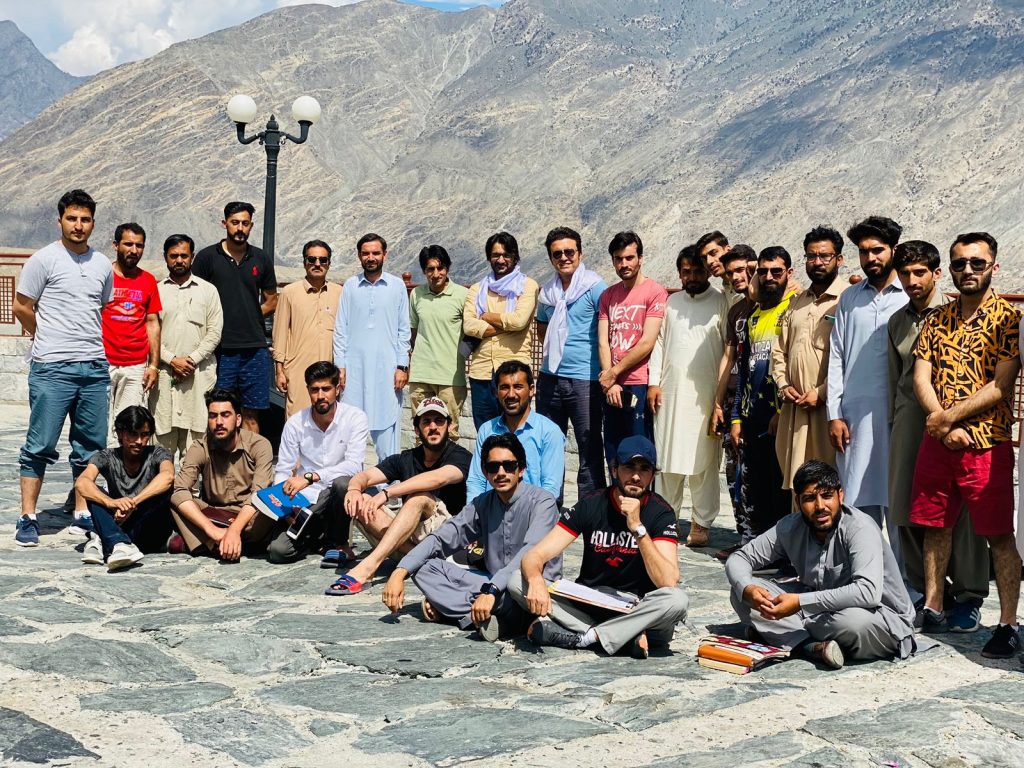 Pakistan is blessed with the most exotic geomorphic features i.e. Mountains, Desert, Rivers, plains and plateau. They are comprised of some of the most distinctive and unique examples of geomorphic architecture sculptured by glacial, Fluvial and mass movement. Northern Pakistan is comprised of spectacular mountains caped by some of the highest peaks on earth (K2 8611m, Nanga Parbat 8126m, Gusher Brum-1 8026m). Northern Pakistan area is lying on northern part of Indian Plate & Southern part Eurassian Plate. Rocks from Archean to tertiary are present in Northeren Pakistan. The area is having Complex structural and tectonic history. The field area is comprising of Siesmically high sensitive zone which are marked by active land sliding zones. Uplifting of Nanga Parbat @ 5 cm per year evidently describes the active nature of the youngest mountain ranges on the earth. Thick alpine glaciers of the visited area including shigar glacier, rakaposhi glacier, khunjerab glaciers, Baltit glacier etc. lies in the temperate region represents its minimum elevation I.e., 5000 meters from the sea level. Besides these fascinating facts, Northern area of Pakistan act as a a solo natural laboratory for the ongoing tectonic activities on the globe and attracted various researchers from abroad to investigate this wonder. Two major continental plates and one fossil island arc are involved in the origination of Himalayas. Geographically this lofty mountains belts are divided into three mountain ranges (I) Karakoram Mountains at the extreme north (II) Hindukush Ranges to the western part and (III) south eastern Himalayas ranges.
This 5-Days field was arranged under the supervision of In- Charge, Mr. Adnan Khan and other faculty members of the Department Mr. Muhammad Ibrar, Mr. Muhammad Idrees and Mr. Subhanullah. The aim of this field is to increase the understandings of students to observe different types of rocks and various tectonic boundaries in Northern portion of Indian Plate, Kohistan Island Arc and Karakorum plate.
We are extremely thankful to the Worthy Vice Chancellor for providing this opportunity to the students of Geology.